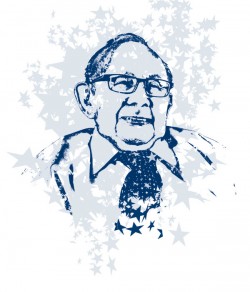 Mr. Alfred Scow was born at a time when Aboriginals were prohibited from entering the legal profession, but went on to become the first Aboriginal person to graduate from a BC Law School and the first Aboriginal lawyer in BC to be called to the Bar. In 1971, he became a Provincial Court judge and served BC in this capacity until 1992. His accomplishments have broken down many barriers and his life has been an inspiration for others to reach their full potential.

Mr. Scow has demonstrated deep commitment to social justice and volunteered his leadership to many community organizations including UBC, where he helped guide the establishment of First Nations studies. He has served on the university’s Senate, the President’s Advisory Committee, the Peter A. Allard School of Law First Nations Advisory Committee, and the Alumni Association board. He is a founding member of the Elders Committee for the First Nations House of Learning. UBC students honoured Mr. Scow with a Great Trekker Award in 1995 and UBC awarded him an honorary doctorate in 1997.

Prior to becoming a judge, he was City Prosecutor for New Westminster, chair of the board of review for the Workmen’s Compensation Board, and completed a two-year assignment to Guyana on the Amerindian Lands Commission fact-finding committee, assisting the government determine land policy in regard to its native population. After leaving the Provincial Court, Mr. Scow’s roles have included work on behalf of the Musqueam, Fraser Valley and Penticton Indian bands.

In 2001, he founded The Scow Institute, which works to promote a greater understanding between Aboriginal and non-Aboriginal people regarding issues that affect all Canadians, using information that is fact-based, non-partisan, and accessible.

Mr. Scow has contributed further to his community through volunteer board work for the John Howard Society, United Good Neighbour Fund and Credit Union, BC Lions Society for Children with Disabilities, Aboriginal Justice Centre, Pacific Salmon Foundation, YVR Art Foundation, and the Institute of Indigenous Government.

His professional and community efforts have been recognized with many awards, including the Canada 125 Medal, the Centennial Medal of Canada, and the Canadian Indian Arts Foundation Aboriginal Achievement Award.

Alfred Scow passed away on February 26, 2013. Read his obituary in the Province.