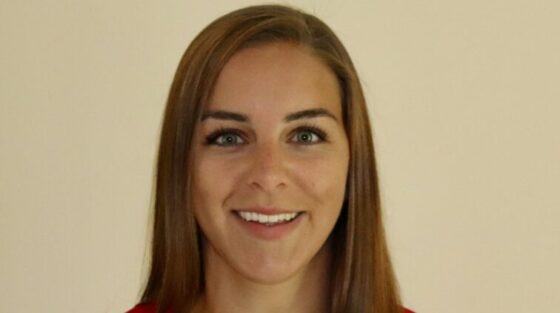 Catherine Ohler spent her time at UBC playing for the Women’s Thunderbird Rugby team (2010-14) while completing her undergraduate degree. Since graduating from UBC’s Faculty of Forestry, Catherine has worked in the non-profit sector and has made a significant career change. Read about how Catherine has navigated change and the advice she has for those experiencing change.

Tell us about yourself

Currently, I am pursuing a JD at the University of Calgary. I chose Calgary as it is my hometown and I plan to end up living and practicing law in this city. This past summer I completed a summer student position at a law firm in Calgary that I will be returning to next summer and then again after I complete my degree. I wholeheartedly believe that my time as a UBC student and a Thunderbird Varsity Athlete contributed to my success in law school and in securing a summer law student position.

After graduating from UBC’s Faculty of Forestry I worked at a science-based educational non-profit organization. This position drew on much of my knowledge and expertise that I gained during my undergraduate degree. However, I realized that I was hoping for more of a challenge in my career. After plenty of research, I chose to apply to law school in order to pair my passion for the environment and natural science with the practice of law.

What did you learn about yourself from that experience?

I learned that is never too late to change your path in life or go after what you want. I was hesitant about returning to school after some years away. I was concerned that changing my career path meant that I was taking steps backward. I have come to understand though that growth does not have to be linear and making a change does not have to be viewed as a defeat but can rather be seen as a series of new opportunities.

Do you have any advice for someone who is experiencing change in their career?

My advice for someone who is experiencing a career change is to try and view it, from the outset, as a new opportunity. As I mentioned, when I was weighing the choice to make the switch to law, resulting in a return to school, I struggled with the idea that I hadn’t chosen the correct career path the first time. I would encourage someone making a change to look at their previous career as experiences that will likely help them to succeed in their new career or role.

What opportunities arose from navigating change?

The primary opportunity that comes to mind is the opportunity to meet new people. The change in career paths allowed me to meet a wide variety of individuals studying and working in incredibly diverse fields. The expansion of my professional network has allowed me to foster many new connections. The people I have met have been welcoming, assisted me with navigating a host of new experiences, and have generally provided support during the change.