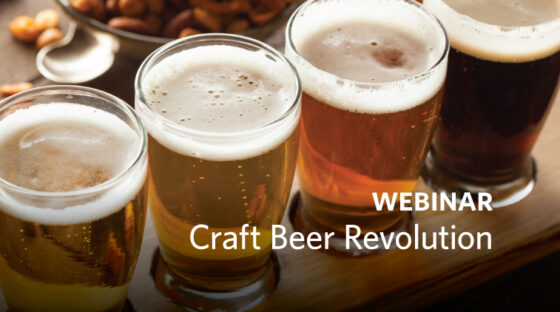 Join the Thirsty Writer, Joe Wiebe, BFA’04, MFA’06 (Creative Writing), for this special webinar celebrating BC’s vibrant craft beer industry. Joe tells the story of how craft beer has evolved since the early days of microbreweries in the 1980s and ‘90s through to the recent boom of new breweries that has led to 200 craft breweries now calling British Columbia home. The past 7 years have been a period of unprecedented growth with more than 20 new breweries opening every year since 2013. But what has the pandemic done to the craft beer industry and what does the future hold? Joe is joined by three special guests during this hour-long presentation — each a UBC alum who works in the craft beer industry. At the end of the hour, these guests answered questions from the audience. 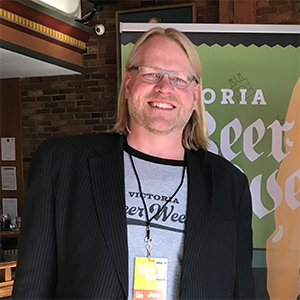 Joe Wiebe is the author of Craft Beer Revolution: The Insider’s Guide to B.C. Breweries, the definitive guidebook to British Columbia’s burgeoning craft beer industry, currently in its second edition.

Known as the Thirsty Writer, Joe has been a freelance writer for 20 years, writing hundreds of articles on a wide range of subjects including arts and culture, sports, business and travel, but since 2008 he has mainly written about craft beer in a wide range of publications including British Columbia, Sip Northwest, BeerAdvocate, BCBusiness, The Growler, NUVO, Taste, Alive, Harrowsmith, WestJet magazine and Boulevard.

Joe is a founder and co-producer of Victoria Beer Week  which takes place annually in early March, and part of the team that is now producing the Great Canadian Beer Festival. He is a co-founder of the BC Ale Trail project, for which he is the Director of Content. He is the beer columnist for CBC Radio’s All Points West and has been a guest on many other CBC programs. 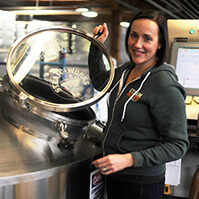 Born and raised in Vancouver, BC, Julia brings 15 years of industry experience to the Steamworks team as Head Brewer. With a chemical and biological engineering degree from UBC, and a diploma from the Institute of Brewing and Distilling, she is the first female brewer to win Best in Show for Flagship IPA at the BC Beer Awards. When she’s not creating award winning recipes at Steamworks, she has her hands full at home cooking, baking, and raising her 3 crazy kids. Julia’s desert island beer is Steamworks’ Pilsner: clean and crisp with a spicy/floral hop and balanced bitterness. 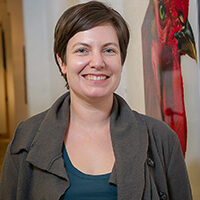 Diana co-founded the smallest independent craft brewery in Vancouver in 2013 with her husband. It is the first co-working, collaborative brewery in Canada, supporting talented brewers to start their business by creating accessibility to equipment and commercial facilities. She manages the cask program, brews other Callister beer, leads up Callister Sodas and still finds time to keep the business running. Diana worked at UBC until last year and completed the Practicum in Sustainable Agriculture at the UBC Farm. (Photo credit: Brian K. Smith) 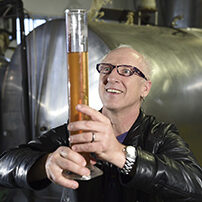 As brewmaster and Storm Brewing owner, James is perceived as an innovator and as a stickler for quality by both the media and the trade and is proud to be one of the first brewers in North America to brew sour beer. Since 1994, James and the Storm Brewing team have been bringing Vancouverites innovative and unpretentious craft beer. From the Hurricane IPA to the Imperial Flanders Red Ale, every beer they brew is made in small batches to guarantee freshness; their beers are unfiltered, additive free, proudly local and always delicious. (Photo credit: Dan Toulgoet)

Presented in partnership with the UBC Faculty of Science.