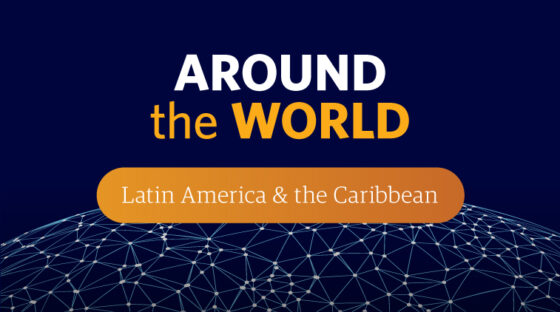 The global event series alumni UBC Around the World continues in August with a virtual event for our alumni across Latin America & the Caribbean! Join us online for an evening of connections, community, and conversations that matter.

The evening will include a speaking program featuring locally-based alumni, as well as casual small group discussions using Zoom breakout rooms to give you the opportunity to meet fellow alumni where you live, reminisce about your time at UBC, and share what you’re up to now!

alumni UBC’s Global Alumni Ambassador for Chile, Fernando Murillo, PhD’18 will be your host for the evening, welcoming you to the virtual space and framing up the casual small group discussions. He will also moderate an ‘in conversation’ segment with featured speaker and Costa Rica-based UBC alum, Alexander Villegas, MJ’17, a freelance multimedia journalist. From living off the back of a motorcycle and traveling the world reporting on poker, to managing a newsroom of reporters for Costa Rica’s oldest English-language publication, to his current focus on investigative journalism, human interest stories and climate reporting in Latin America, Alexander has an infinite number of stories to share. Join us for the inside scoop on his fascinating career!

Wherever you may live in Latin America & the Caribbean, don’t miss this unique opportunity to get to know your local UBC alumni community, and hear how alumni where you live are making a difference in our world.

If you live in the region and did not receive an invite, update your address to make sure you hear about events like this in the future. 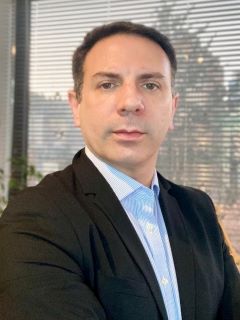 Fernando Murillo, PhD’18, is alumni UBC’s Global Alumni Ambassador for Chile. In this volunteer role, he helps to strengthen the UBC alumni presence in his region through communications, virtual or in person gatherings, and other community building initiatives.

Prior to his studies at UBC, he worked for the national government in Chile in public policy making at the Ministry of Interior, where he was a curriculum advisor for the design and development of the national drug-use prevention policy program for educational settings. He now works as an Adjunct Professor at Pontificia Universidad Católica de Chile (Santiago), where he coordinates the specialization in Curriculum Studies of their Master’s program.

Fernando has a Bachelor’s degree in Education from Universidad Alberto Hurtado, a Master of Arts degree in Education from the Pontificia Universidad Católica de Chile, and a PhD in Curriculum Studies from UBC’s Faculty of Education. During his time at UBC, he was very actively involved with the UBC Kung Fu Club, and also worked as a Graduate Student Peer for Thesis and Dissertation Support at UBC Library’s Research Commons. 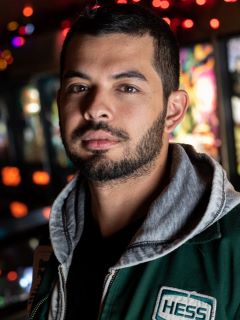 Alexander Ramiro Villegas is a freelance multimedia journalist based in Costa Rica, who specializes in investigative journalism, human interest stories and climate reporting in Latin America.

His sentences and photographs have been published in The New York Times, The Washington Post, The Guardian, BBC, The Miami Herald, Hakai Magazine and The Smithsonian Magazine. He has reported on indigenous land conflicts in Central America, unrest in Nicaragua, debt crises in Latin America, drug trafficking in Costa Rican fishing communities, climate change and Amazon’s labor practices.

From 2018 to 2019, Alexander was the assistant managing editor of The Tico Times, Costa Rica’s oldest English-language publication. He managed a small newsroom filled with talented reporters and guided the newspaper through the 2018 Nicaraguan crisis and the sexual assault allegations against former president and Nobel Peace Prize laureate Oscar Arias. He also spearheaded and launched a number of multimedia projects for the newspaper and started the paper’s 360 video coverage, launched a podcast, and started a weekly video news show.

Before focusing on Latin America, Alexander lived off the back of a motorcycle and traveled the world reporting on poker. He wrote for the biggest poker publications and covered the biggest tournaments in Europe, Asia, Latin America and the United States.

Alexander grew up in Costa Rica and got his BA in journalism from the University of Connecticut, where he won a 2010 Society of Professional Journalists Excellence in Connecticut Journalism Contest.

In 2017, he graduated with a Masters in international reporting from the University of British Columbia, where he was a fellow at the Global Reporting Centre. As a fellow, he reported on how overfishing pushed Costa Rican fishermen deeper into the drug trade. He was also part of an Edward R. Murrow award-winning team that reported on problems facing cities around the world for The Guardian.

Alexander is a member of the National Association of Hispanic Journalists and the Investigative Reporters and Editors organization. He is also a triathlete who’s fluent in Spanish, English and motorcycle adventures. Eu também falo um pouco de Português.

UBC in your Region

Alumni in Latin America & the Caribbean: 3900

Ways to Keep in Touch