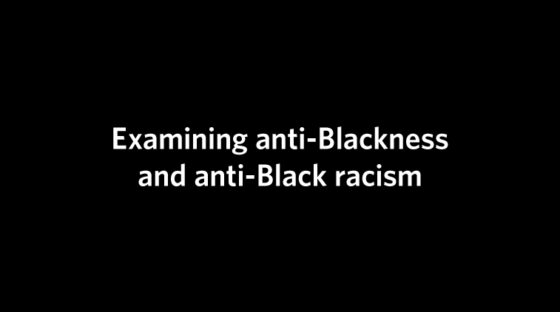 Recent acts of racism, violence and injustice towards Black people have highlighted once again the deeply rooted structural and systemic racism that exists in Canada and around the world. While anti-Black racism may be conceived as the systems and structures that adversely impact Black people, anti-Blackness is usually conveyed by dominant cultural and ideological values that perpetuate stereotypes and generalizations of Black people, and which are nonetheless foundational of contemporary institutions, culture and social arrangements.

Listen to the experiences of alumni in different fields as they provide their insight on how anti-Blackness and anti-Black racism manifest in our culture and society, as well as how that drives their own lives and the work that they do in the Vancouver and Okanagan communities. Learn from and reflect on the lived experiences shared in this conversation and examine the active role that we each need to play in dismantling oppressive systems and practices.

Presented in partnership with the UBC Equity & Inclusion Office. 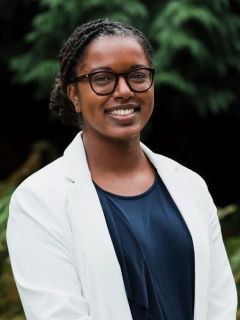 Dr. Sara Ghebremusse is an Assistant Professor at the Allard School of Law. She writes, researches, and teaches in the areas of African law and society, law and development, mining governance in the Global South, human rights, and transnational law. She has published in all these fields and has presented her research at conferences in Canada, Germany, Kenya, Mexico, South Africa, and the United States.

She is a member of UBC Black Caucus. 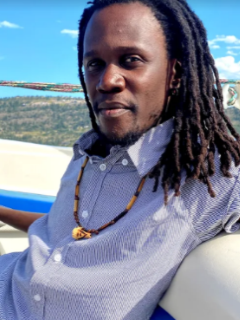 Trophy Ewila is best understood through his interest in finding the ‘name of Africa given by its Indigenous inhabitants before European Colonialism’. He is a graduate of UBCO (BA General studies, Economics concentration), a member of the founding executive committee of the UBCO African Caribbean Student Club and the first Black (and international) student to be president of UBCSUO.

Trophy is co-founder of the Africa Ubuntu Association and he is a founding member of Kinfolk Nation – an African, Caribbean artist group who tell their story through singing, poetry, storytelling, theatre and art forms of all kinds. 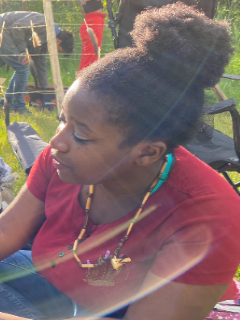 Lady Dia is a Lozi womyn from Bartoseland. She studied at UBCO obtaining an undergraduate degree in Indigenous Studies. She is co-founder of the Africa Ubuntu Association and is Matron of the House of Hope, a space governed by the philosophy of Ubuntu in daily living. This art-centered space explores its practicality in sustaining community through creativity and collaboration.

Lady Dia is a founding member of Kinfolk Nation – an African, Caribbean artist group who tell their story through singing, poetry, storytelling, theatre and art forms of all kinds. Lady Dia was co-founder of HEARTH, which was the first Black and Indigenous womyn organization in the Okanagan as well as the first Black and Indigenous student-led initiative in the Okanagan. 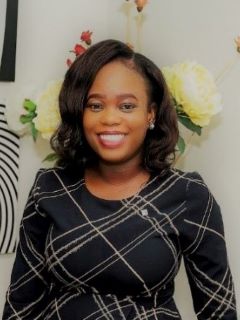 Oludolapo Makinde is a Liu Scholar and doctoral student at the University of British Columbia (UBC), conducting research at the intersection of corporate governance, artificial intelligence, and anti-corruption law. She also obtained her LLM degree from UBC and her LLB (Hons) from the University of Lagos, Nigeria. Prior to pursuing graduate studies, she functioned as a Legal Associate at a leading law firm in Nigeria, providing corporate governance advisory services to the firm’s clients. Oludolapo’s doctoral research is supported by the Allard Scholar Graduate Fellowship, UBC Affiliated Fellowship Doctoral Award and the Law Foundation of British Columbia Graduate Fellowship.

In addition to her doctoral research, Oludolapo actively engages with the Vancouver community on issues relating to anti-Black racism. In particular, as a 2019 UBC Healthy City Scholar under the auspices of the Sustainability Scholars’ Program, she investigated and identified key actions needed to address anti-Black racism in Vancouver. Her report which details her findings and recommendations drawn from literature and stakeholders, has contributed to ongoing municipal action on the subject. 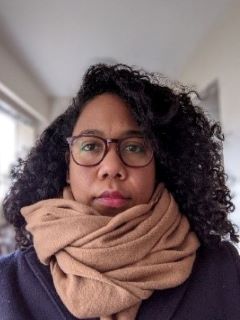 Her current curatorial, research and writing interests include place-as-agent in exhibition-making and the cultural production of transnational counterflows of the 19th and 20th centuries. In 2019 she co-organized the Bodies, Borders, Fields symposium with writer Yaniya Lee. Independent curatorial projects include: Common Cause: before and beyond the global (Mercer Union/Toronto, 2018), Bodies of Fact: The Archive from Witness to Voice (HKW/Berlin, 2017), Harbour/Haven, in collaboration with Tonel (‘thirstDays’ VIVO Media Arts/Vancouver, 2016), Interim Measures (8-11 Project Space, Toronto, 2015), Projections at the Perel (SFU Galleries/SWARM 2015) and Rain or Shine Saturdays (SFU Galleries). She has written for Canadian Art, Blackflash, C Mag, FUSE and guest co-edited Canadian Art’s Fall 2020 Chroma issue with Yaniya Lee.