Home » Events » UBC Dialogues » Baiting, Selling, and Telling: Is there still a place for objective journalism?

News travels fast online. However, so do rumours, shocking photos, veiled advertisements and outright lies. With the rise of social media and citizen journalism, we’ve never had so many messages, from so many sources, available at our fingertips. However, it has become clear in recent years that news shared online comes with serious risks due to its lack of objectivity and its emphasis on speed and volume over fact. Public shaming is one expression of this modern reality, as well as increasing sponsored and promotional content blurring the lines of news and advertisement. Given the absence of context and abundance of competing voices online, how do we know who and what to trust? Can we see past the click-bait headlines and advertorials, and continue to be informed about the world around us? Is there a place for objective journalism anymore?

This event took place March 9, 2016, at Performance Works in Vancouver, BC.

Farhan Mohamed – Editor-in-Chief and a partner of Vancity Buzz

Karen Burgess has been the Executive Producer for News at CBC Vancouver since June 2015. She now not only oversees the television but also the radio and online news coverage too.

Karen began her career in her hometown of Fredericton, interning at CBC whilst attaining her English degree from the University of New Brunswick before going on to Carleton University where she obtained her Masters of Journalism.

Previously, Karen was the Senior Producer for The 180, a national current affairs radio show hosted by Jim Brown, as well as producing such shows as The Early Edition with Rick Cluff and On The Coast with Stephen Quinn.  She also worked for CKNW for 5 years producing The World Today, when she first made her move to beautiful British Columbia in 1997, before returning to CBC.

Karen has developed and produced many fixed-run national current affairs shows featuring everything from economics (The Invisible Hand) to country music (Twang). Due to Karen’s extensive experience and success she now trains other producers at CBC as part of CBC’s “Putting It All Together” course, aimed at digital, radio and television producers.

Karen was recently voted as one of BC Business’s most influential women 2016. 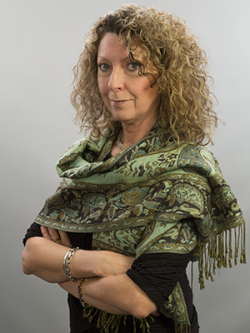 Valerie Casselton is the Associate Editor, Integrated Projects for PNG, with responsibilities for both The Vancouver Sun and The Province. She is responsible for special series, publications and projects that promote audience engagement on all of the four platforms on which the newsrooms publish, both online and in-paper.

As a senior editor, Valerie works with the management team of The Vancouver Sun on daily news gathering and initiatives related to the strategic goals of PNG and Postmedia. She has helped transform the newspaper into a multi-media newsroom operating around the clock, seven days a week and publishing one of the fastest-growing news websites in Canada.

Valerie Casselton has served on the alumni UBC Board of Directors since 2013. She also serves currently on the Alumni Achievement Awards Committee and the Trek advisory committee and has been a UBC mentor and tri-mentor for more than 10 years.

A UBC graduate with a BA (hons) in English, Valerie also holds a Bachelor’s degree in Journalism from Carleton University, and a CHRP designation (Certified Human Resources Professional). 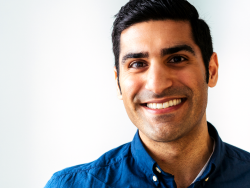 Farhan Mohamed is the Editor-in-Chief and a partner of Vancity Buzz, holding a BBA from CapU. He was brought on during Vancity Buzz’s grassroots stage, controlling day-to-day operations of the company and creating content. For most of his life, Farhan has volunteered and taken leadership roles with a number of different organizations that contribute to society on both a local and global scale. He has a strong passion for building relationships and creating communities through the use of technology. Before joining Vancity Buzz in 2012, Farhan got a taste of media by working at The Vancouver Sun & Province. Since then, his passion has been to change the way people consume news, harnessing the expanse of Vancity Buzz’s unfulfilled potential and turning the site into the dynamic, informative, multifaceted digital news source it has become. Today, Farhan leads the Editorial arm of Vancity Buzz, which has skyrocketed readership by over 15 times since he began, along with Calgary Buzz, the company’s 2015 expansion. 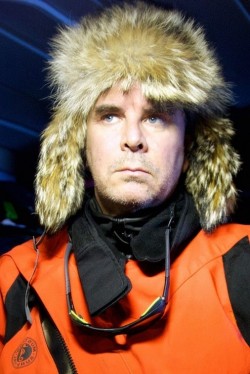 Paul Watson is a Pulitzer-prize winning journalist and author of two books, including the best-selling memoir Where War Lives. He spent most of more than a quarter century in journalism as a foreign correspondent for the Los Angeles Times and the Toronto Star. Paul resigned as The Star’s multi-media Arctic Correspondent after the newspaper tried to kill a story detailing how the Conservative government used the search for Sir John Franklin’s missing 19th century ships to push a political agenda. He is currently writing Ice Ghosts: The Epic Hunt for the Lost Franklin Expedition to be published by McClelland & Stewart in Canada and W.W. Norton internationally. Paul is also the subject of an award-winning two-man play, The Body of an American, staged at New York’s Cherry Lane Theater from February 10 to March 20. 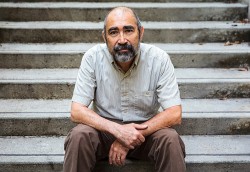 Pulitzer Prize-winning journalist Steve Woodward has joined the UBC Graduate School of Journalism for the academic year 2015-2016. Woodward brings to the school more than three decades of experience as an editor and reporter for major metropolitan daily newspapers in the U.S., with a track record in pioneering new approaches to journalism. He comes to the University of British Columbia from Central Washington University in Ellensburg, Washington, where he taught journalism, transmedia, communication ethics, and media and culture for two years.

Steve has an M.A. from the University of Missouri School of Journalism and is a member of the Asian American Journalists Association.

He began his career at The Kansas City Star in Kansas City, Mo. He was part of the newspaper’s team that won the Pulitzer Prize for General Local Reporting on the 1981 Hyatt Regency Hotel skywalks collapse that killed 113 people.

He went on to spend 20 years at The Oregonian as an editor and reporter. During his time there, he won a National Headliner Award for coverage of the Enron scandal and several awards for his coverage of the first Roman Catholic archdiocese bankruptcy in the wake of priest sex-abuse scandals. The U.S. Small Business Administration named him Oregon’s Journalist of the Year for his coverage of the Y2K computer crisis.

Steve left the newspaper industry in 2008 to turn his attention to new forms of digital storytelling and to journalism education as an entrepreneur and instructor.