There’s been much debate among psychologists, economists and social scientists over the relationship between money and happiness – specifically, whether money can buy happiness. While some researchers would argue that it cannot, the recent Powerball lottery frenzy in the US strongly suggests that many of us believe that it can. Is money the key to happiness? Or, do time and life satisfaction mean more? Is it the ability to buy material goods and experiences that people desire, or the notion that money can provide a sense of security and the potential to lead a fulfilled life? 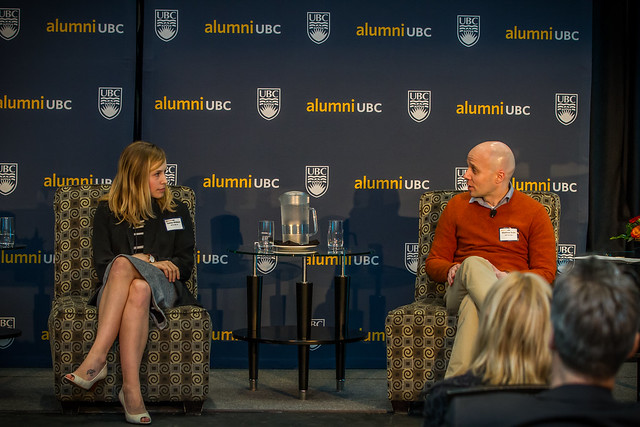 Dr. Holder earned his PhD at the University of California at Berkeley. He then completed his postdoctoral training at the Brain Research Institute at UCLA. As a professor at Memorial University of Newfoundland, he studied how natural chemicals, 200 times the strength of heroin, were released when people ate chocolate chip cookies. During this time he worked as a Biological Consultant with the NutraSweet Company to determine whether aspartame is safe for pregnant mothers and their offspring. He also spent a research sabbatical at the University of Hawaii swimming with dolphins in studies of their language and creativity.

Dr. Holder is now an Associate Professor at UBC where he studies the science of happiness. He leads a research team that is identifying factors that contribute to happiness in children (e.g., temperament, social relationships, spirituality and religion) in Canada, India and Zambia. His team is also investigating strategies to enhance happiness in children and adults, and the links between personality disorders (e.g., psychopathy) and happiness.

Dr. Holder is an award-winning teacher and researcher. He recently gave a TEDx talk entitled “Three Words that will Change your Life”. He regularly gives keynote addresses and workshops on happiness in the workplace and in one’s personal life. Dr. Holder frequently appears on television and radio and his research has been featured in prominent international newspapers and magazines from four continents. He has published over 70 papers including two recent books on positive well-being.

Ashley Whillans is a PhD student and member of the Public Scholar Initiative at UBC, where she studies time, money, and happiness. Ashley is passionate about putting science to work to solve real-world problems and frequently conducts research with charities, companies, and the government. For example, as part of her PhD, she is working with UBC Professor Elizabeth Dunn, Harvard Business School Professor, Michael Norton, and the White House Social & Behavioral Sciences Team to explore how time-incentives impact job satisfaction and performance. Her research has been featured in numerous academic journals as well as popular media outlets including The New York Times, The Washington Post, CNN, and The World Economic Forum.