Home » Events » UBC Dialogues » Who should BC Ferries serve?

Fares are rising while service is being cut. Ridership is down on high-volume routes. BC has maintained a high level of ferry service, but many vessels need replacing and operating costs are rising. Business as usual is no longer enough so what should be done to steer this ship? One solution is to increase revenues by making the organization more tourist-focused: offering vacation packages, on-board gaming and other amenities. But is this enough? And where does it leave the coastal and island residents that depend on the ferries for regular, affordable transportation? Should the ferries be operated as a public service or a business? Or should other alternatives be investigated?

This event took place June 5, 2014, at the Fairmont Empress Hotel in Victoria.

Gregor Craigie is no stranger to Vancouver Island. He covered many stories on the island during his time as CBC TVs Victoria reporter. He studied history at the University of Calgary, and Broadcast Journalism at the B.C. Institute of Technology. His first radio job was reporting for CKWX in Vancouver. In 1999 he moved to the United Kingdom where he joined the BBC World Service in London as a news announcer and producer. While in London, Gregor also reported for the American network CBS radio, in addition to freelancing for CBC Radio. When it got really busy he would file for all three news organizations, occasionally working twenty hours a day. For rest and relaxation he traveled to Europe, Africa, and Asia to work as a freelancer. Following his BBC/CBC/CBS days, Gregor returned to Canada and to the CBC exclusively. Most recently he has worked as a producer on The Current and a radio reporter in the Kootenays. Gregor and his wife Rebecca and their son Lochlan are happy to be on the island and looking forward to staying in one place for a long time to come.

Mike Corrigan is President and Chief Executive Officer of British Columbia Ferry Services Inc., one of the largest ferry transportation companies in the world. Mr. Corrigan has been a senior executive with BC Ferries since joining the company in 2003, serving in the separate roles of Chief Operating Officer (2006-2011) and Executive Vice President of Business Development (2003-2006). In addition to overseeing all aspects of BC Ferries’ operations as COO, Mr. Corrigan has been responsible for creating and leading the company’s SailSafe program that has established a comprehensive safety culture at BC Ferries. The successful, trendsetting program is a joint initiative with the BC Ferry and Marine Workers’ Union. Prior to joining BC Ferries, Mr. Corrigan worked in senior roles with Westcoast Energy in both British Columbia and Ontario. He has a MBA from the University of Victoria, a Bachelor of Business from the University of Western Michigan and an Arts Degree from Kalamazoo College in Michigan. Mike grew up in Sudbury, Ontario and now resides in Victoria with his wife and two daughters.

Ending in 2011, he served 8 years as the first BC Ferries Commissioner; his main task as independent watchdog was setting fare-caps under the Coastal Ferry Act.  He also ruled on productivity targets, contracting-out ferry service to alternative operators, reasonableness of capital spending on new ships, and remedies for BC Ferries’ unfair competitive advantage.

Until last year, Martin oversaw TransLink as Regional Transportation Commissioner in Metro Vancouver, appointed by the Mayors’ Council for a 5-year term. He regulated transit fares and advised on the reasonableness of TransLink’s 10-year plans. Based in Comox, Martin describes himself as “now mostly retired while enjoying occasional intriguing consulting assignments”. 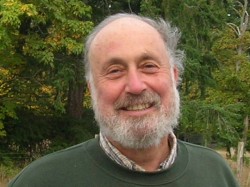 Tony Law is Co-Chair of the Ferry Advisory Committee Chairs and is Chair of the Denman-Hornby Ferry Advisory Committee. He has been actively involved in ferry advocacy for nearly twenty years and has met with most provincial ministers responsible for ferry transportation during that time. Tony is serving his sixth consecutive term as an elected Island Trustee for Hornby Island. He has a background in community development, counselling and mediation. 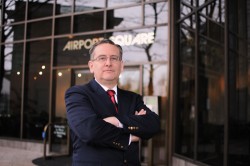 Mike is considered one of the leading transportation economists in the world. He serves as an expert witness and advisor to governments, airlines, airports, ports and railways and has consulted with BC Ferries locally. In addition to Canada, Mike has done work throughout the United States, Australia, New Zealand, Asia, Africa and Europe. He is a frequent speaker at industry events and organization planning sessions.

Dr. Tretheway earned a PhD in economics from the University of Wisconsin and served for 14 years as Associate Professor of Transportation & Logistics at the University of British Columbia. He is currently Adjunct Professor at the Sauder School of Business at UBC.